No. 1: While announcing that freshmen recruits Marcedus Leech and Luke Anderson have tossed their names into the transfer portal, coach Steve Prohm dropped this one on us:

“It gives us great flexibility in recruiting. We’ll sign a couple (more) guys because of potential things that could happen in the spring. We’re in a good place with fall recruiting.”

Translated: The 2020 class is better than the 2019 class if the Cyclones get Oskaloosa super star Xavier Foster.

While that’s one insinuation, here’s another regarding the “potential things that could happen” line:

Will Tyrese Haliburton leave after his sophomore season for the NBA Draft? Will another player leave with eligibility remaining, which often happens at major programs with above-average talent? 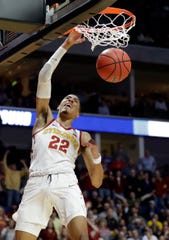 Iowa State’s Tyrese Haliburton (22) dunks as during the first half of a first round men’s college basketball game against Ohio State in the NCAA Tournament Friday, March 22, 2019, in Tulsa, Okla. (Photo: Jeff Roberson/AP)

Translated: The Cyclones’ versatile roster is equipped to adapt to almost anything an opponent throws at it.

More lineup combinations than past teams

How much of that flexibility fans see during Tuesday’s 7 p.m. season-opening game against Mississippi Valley State depends on what’s needed to start out 1-0.

“We’ve identified who the eight or nine guys are right now,” Prohm said of a rotation that certainly won’t extend beyond that. There will be experimentation with this team for a while.

“We need to see lineups that can sustain success.”

Or as Haliburton said:

“That’s a part of it, figuring out what niche works best for us. It’s going to take some time. Rome wasn’t built in one day. We’re going to figure it out.”

With 70 percent of last season’s scoring needing replaced, defense has been a major emphasis through practice and scrimmages against Minnesota and Wisconsin. 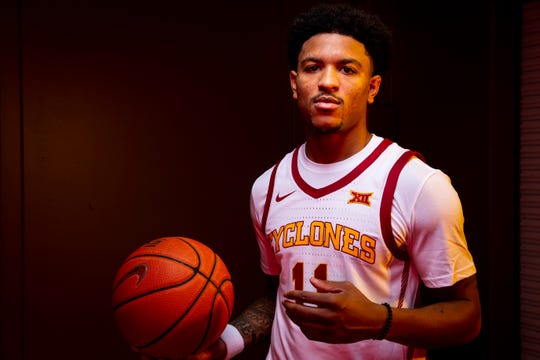 What’s on the agenda Tuesday night?

“A hard-nosed tough team that plays defense,” forward Mike Jacobson said. “Kind of focuses on the defensive end first, then use the defense to get the offense going.”

Cyclones opponents averaged 68.1 points last season, about in the middle of the Big 12 Conference.

Prentiss Nixon, Rasir Bolton and freshman Tre Jackson have been good defensively on the perimeter.

“From the Minnesota game to the Wisconsin game to this (season-opening) game … we’ve been taking better shots and been super-efficient,” Jacobson said. 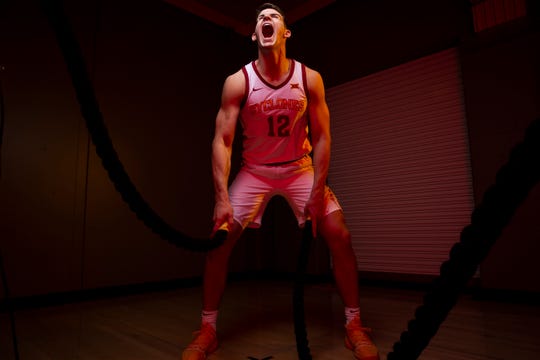 Keep an eye on Haliburton, a 43.4% 3-point shooter last season. The thing here, though, is that he must take advantage of that good shooting with more than the 3.2 3-point attempts he averaged last season.

Besides a win, what does Prohm want to see from his guys Tuesday night?

“Everybody understanding their roles, competing with great effort, energy and enthusiasm, playing for each other, and playing the right way,” the coach said. “That means getting back on defense, translating defensive concepts in transition, and offensively being in tune in how we need to cut and move the ball.

“We want to push pace on offense, play fast, run the floor and get as many possessions as we can. Force guys to take tough, contested jumpers.”

Iowa State columnist Randy Peterson has been writing for the Des Moines Register for parts of five decades. Reach him at rpeterson@dmreg.com, 515-284-8132, and on Twitter at @RandyPete. No one covers the Cyclones like the Register. Subscribe today at Des Moines Register.com/Deal to make sure you never miss a moment.