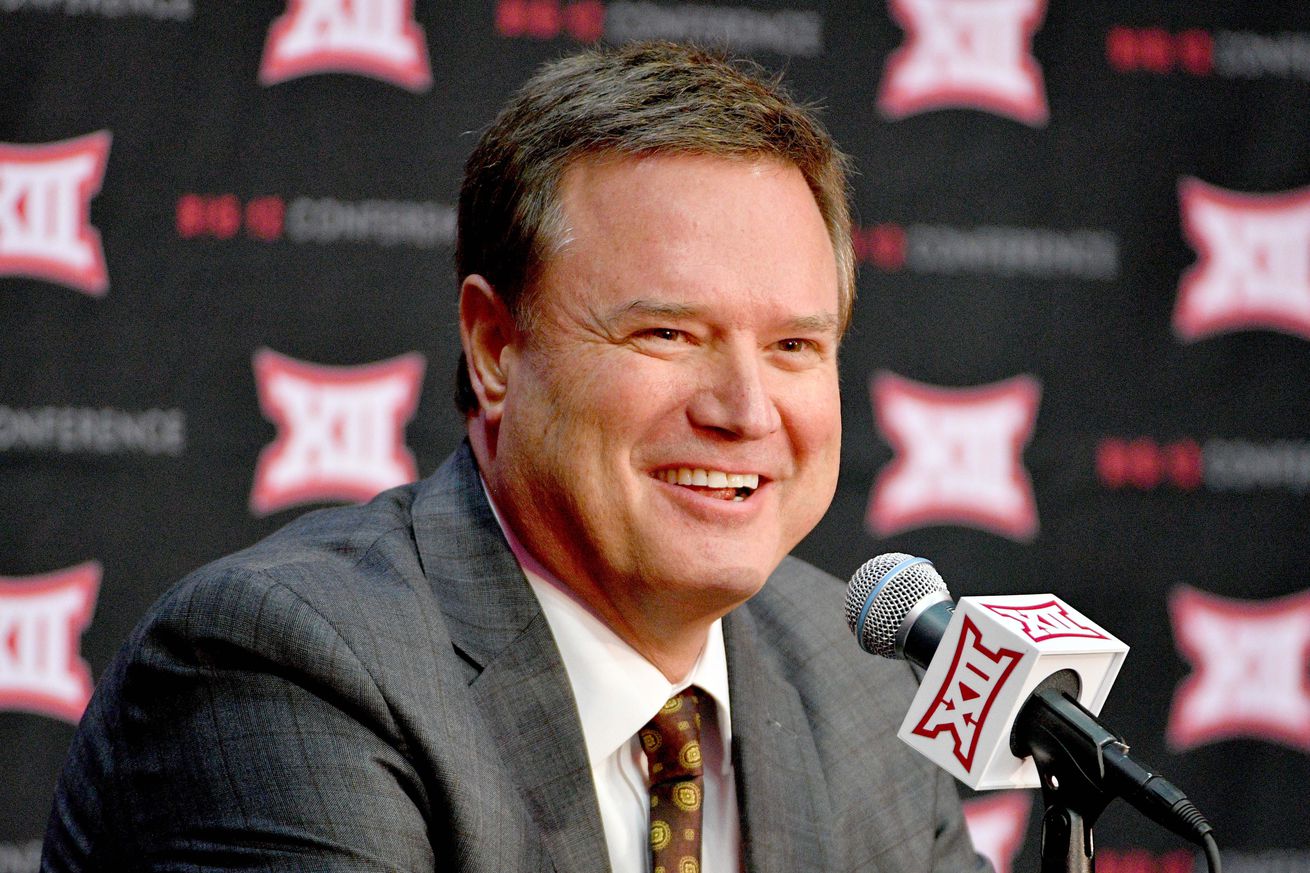 ‘Cause breaking up is hard to do

Bill Self said yesterday that Kansas boosters who “have strongly supported our university” didn’t seem to care much about the Missouri game. Here is the full quote:

I’m not sure when we talked about it that it was anything that would be a great idea for our loyal giving fan base. I think it was a great idea for people that just have somewhat of an interest. That’s good. People watch the game. It’s fun. But for people that actually have strongly supported our university I don’t think anybody … not one person called me and told me, ‘Hey you are doing a great thing.’ Not one person.

Even after the game, usually when you win a game or something, or lose, you’ll have people text you and say, ‘Hey good game’ or ‘you played well.’ I got three texts after that game, total. Two of ’em were from family.

The men’s basketball team is not actively seeking any more walk-ons.

Considering the relatively thin scholarship numbers, who should the Jayhawks have on the court at the end of blowouts?

Matt Tait writes about the similarities between Mitch Lightfoot and Landen Lucas.

Kansas coaches put a target date on newcomers as to when they expect them to be able to contribute on the floor.

Tom Keegan reports that in the time Beaty has been here, he has brought in 45 high school seniors on scholarship, and 29 transfers (a figure that includes 4-year transfers and JUCO recruits). This seems to contradict Beaty’s statements about building a program with high school recruits, doesn’t it?

The first snow game of the college football season took place between Wyoming and Colorado State.

Ok, this is a pretty clever headline out of Iowa City.

Defensive player of the game: Big day from an unsung hero

Notebook: Kansas to welcome Iowa State back to Allen Fieldhouse