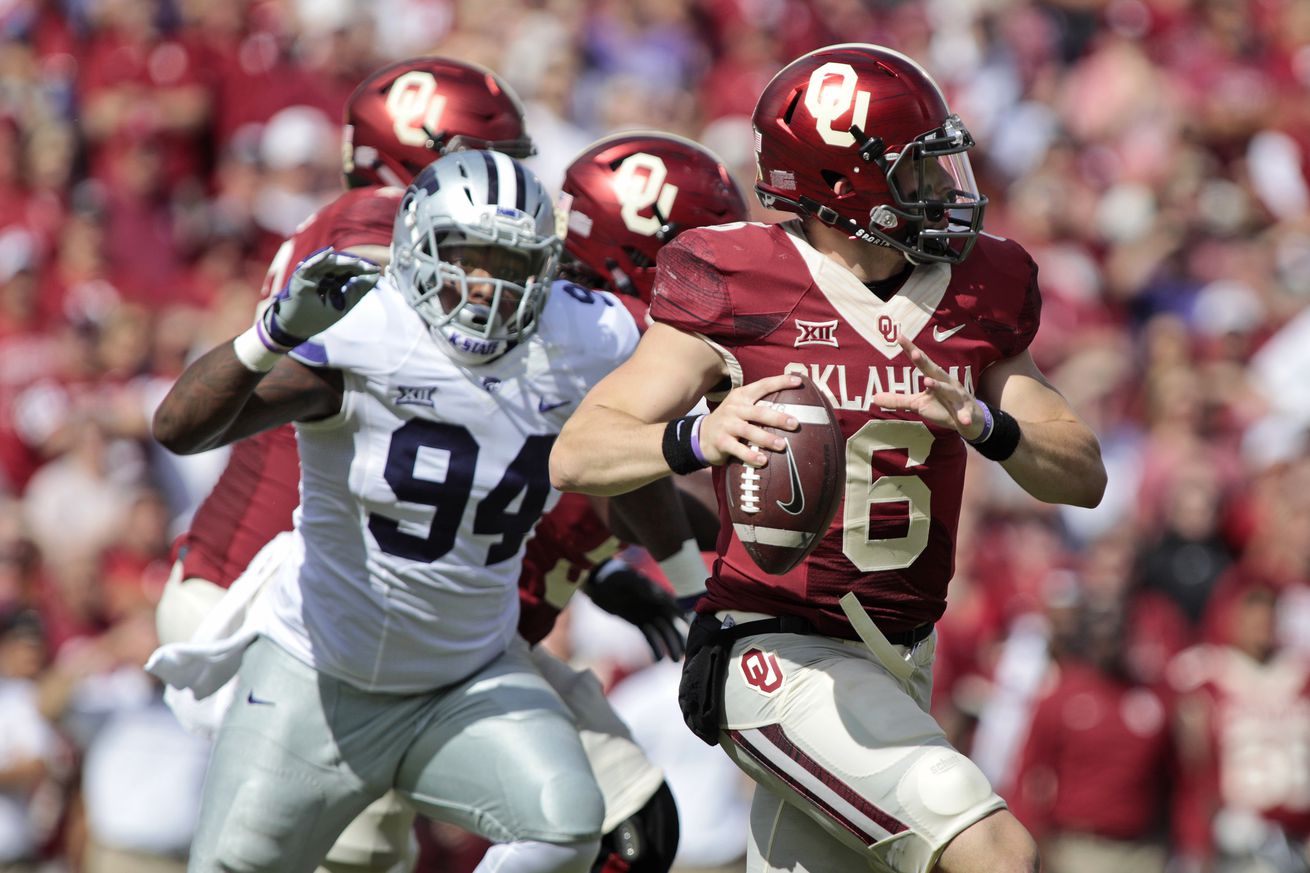 In which BracketCat counts down the 94th day until the 2018 kickoff with a profile of defensive end Anthony Payne.

Nicholas Anthony Payne Jr. (b. Nov. 12, 1998) is a physical and athletic player who used a 2017 redshirt season to develop. He will compete for playing time at defensive end in 2018.

Payne played under head coach Tom Kruse for Raymore-Peculiar High School, where he was regarded as the nation’s 13th-best strongside defensive end and the best player in the state of Missouri in the Class of 2017 by 247Sports.

He also was named the 53rd-best overall defensive end by ESPN, and a two-time first-team all-state and all-district performer by the Missouri Football Coaches Association.

Payne was named to the USA Today Sports/American Family Insurance All-USA Missouri team and selected to play in the Blue-Grey All-American Bowl in Dallas, Texas, following the 2016 season. He had earned all-metro honors from The Kansas City Star as a senior.

Ian Boyd at SportsTreatise is fairly high on Payne’s potential as a defensive tackle:

Payne is a very powerful and sudden kid that, like (Eli) Huggins, will probably grow into a 3-technique, but I think could be more disruptive and more difficult to move on run downs. He’s good at getting low and making himself hard to root out, but he’s also got more lateral athleticism than Huggins and can slant and stunt around some, or just attack a guard’s shoulder and blow by him.

Source: Bring on the Cats

Cyclone recruiting mailbag: Who are Iowa State&apos;s RB targets other than Jirehl Brock?

Slate: Does K-State have Reason for Optimism?