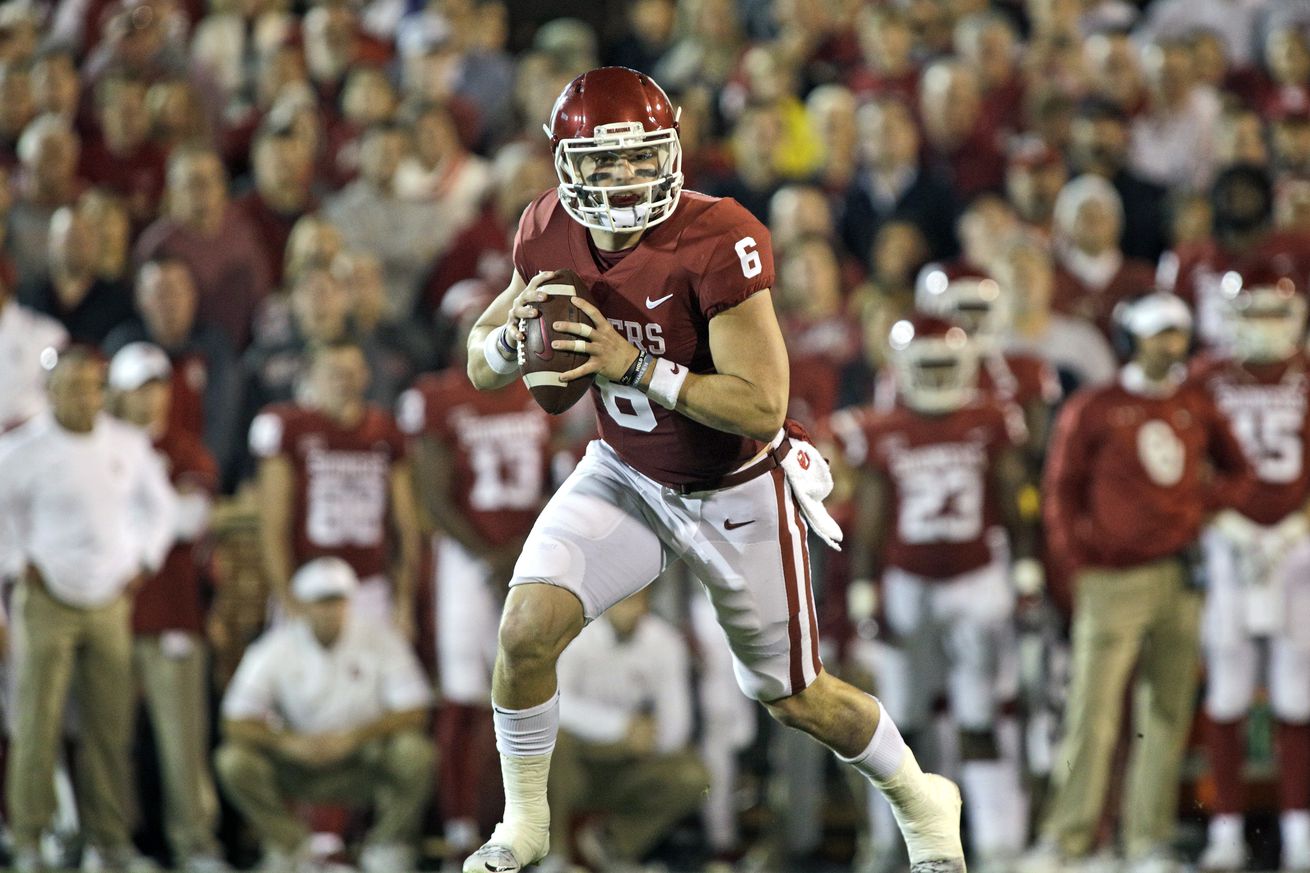 Also, an emotional Baker Mayfield was more than contrite when speaking to the media last evening.

Hello, everybody! It’s the final week of the regular season for the Oklahoma Sooners, and it’ll be an emotional one for all the guys who will be playing their final game on Owen Field. Last night, Baker Mayfield spoke to and answered questions from the press about him not starting or being a team captain against West Virginia, and the quarterback was heartfelt in his contrition.

Baker Mayfield getting emotional about not being a captain on Oklahoma senior day pic.twitter.com/pXEK1VpFNe

You can watch the full video here. One thing’s for sure, this will not define Mayfield’s legacy as a Sooner. What he has meant for this program is incalculable, and his body of work is second to none. Mayfield plays with as much emotion as anyone I’ve ever seen in the game of football, and that emotion doesn’t simply turn off when the game is over — that’s who Baker is. Oklahoma has rallied around its players before, and this time will be no different. When Mayfield finally enters the game, you better believe Memorial Stadium will be rocking.

Now onto the Hot Links, where you can learn more about Baker Mayfield’s updated Heisman outlook, the significance of Lincoln Riley’s ruling to bench Mayfield for the start of the WVU game, a closer look at Kyler Murray and more!

☝️ last chance… YOU and US together!

Is that the Jumpman logo … with a butt? pic.twitter.com/KnJWx7uG9V

So much for lack of public transit in Atlanta…Bus blocks the Weather Channel’s live shot. pic.twitter.com/mSVQ6e91yE

Drumstick and Wishbone living it up in a luxury DC hotel ahead of Thanksgiving turkey pardoning at the White House! https://t.co/rCq7cWAzP8 pic.twitter.com/qk08PXwTsV

Presser Notes: CeeDee Lamb’s status “up in the air” for Saturday