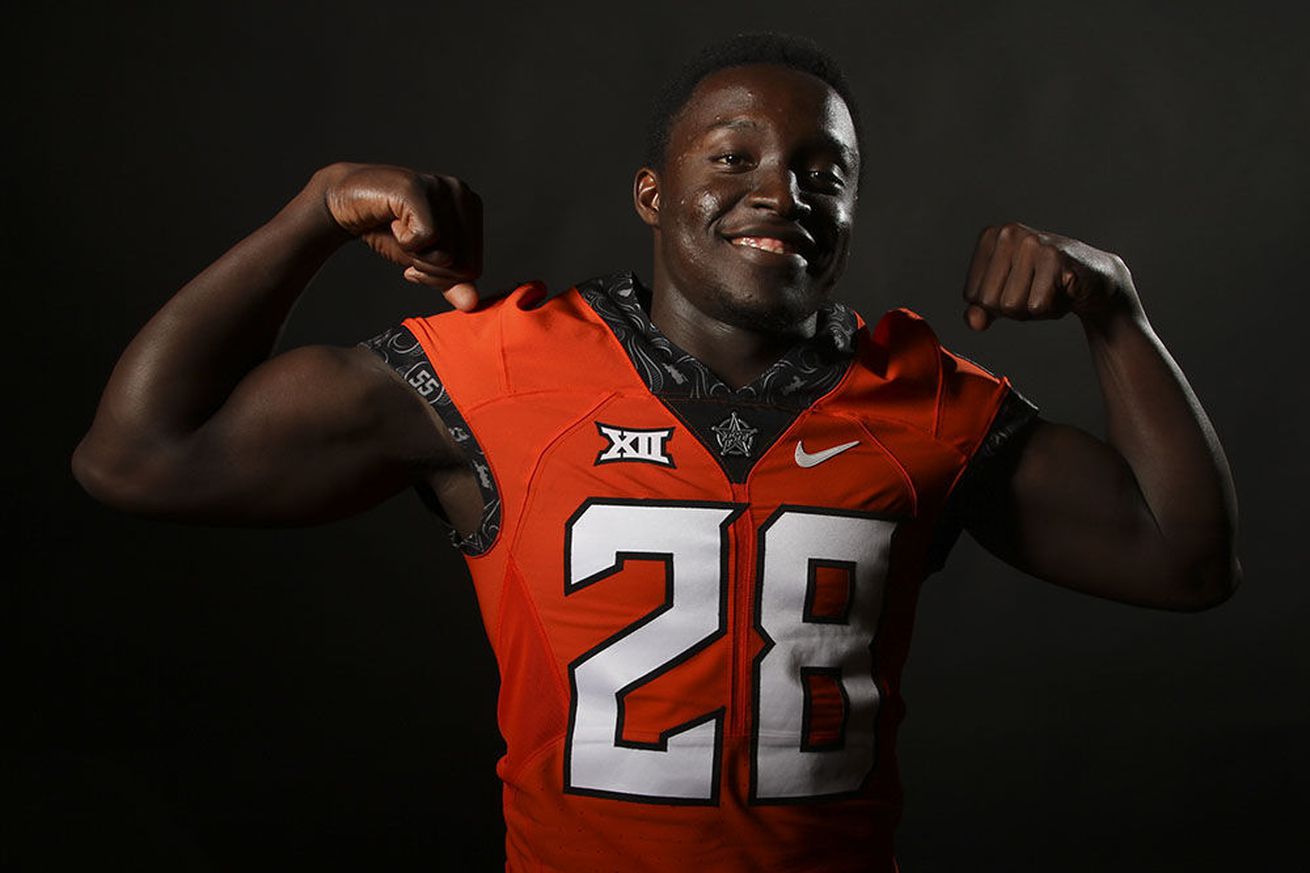 What made the prolific Cowboy receiver so good?

*Editor’s Note: This article utilizes multiple gifs to illustrate what the author is describing. This article is best viewed in its original form, not on Google AMP or Apple News.*

It’s like Last Chance U, but… way better. In the Gundy era – what is undoubtedly the golden era of Oklahoma State Football – the Cowboys have ridden into the AP Top 10 time and time again on the backs of a wildly deep receiving corps. Wide Receivers Coach Kasey Dunn has been in Stillwater since 2011, and had the opportunity to coach Justin Blackmon, Chris Lacy, Jalen McClesky, Dillon Stoner, and the focus of this piece, now-Pittsburgh Steeler James Washington.

There’s something artistic about the receiving corps at Oklahoma State. The Cowboys could seemingly score at will in 2017, and while there were stumbles against Texas, K-State and TCU, it appeared that Offensive Coordinator Mike Yurcich and Coach Dunn cooked up a scheme that baffled DC’s across the conference.

And in that artistry is something technically satisfying; Washington’s route running was supreme, and is often overlooked by the public. So sit back, and enjoy reveling in the past, as we look at some of the best route running and pure receiving that earned Washington the Biletnikoff last season.

This is something that is hard to evaluate both in-stadium and on television. Many times, broadcasts exclude the Z, Washington’s position, and we only see the catch. Additionally, stem work isn’t taught extensively until college, so there isn’t a plethora of great examples out there on how to run great stems. Washington, however, is consistently excellent at the stem portion of his routes.

There is so much about stems to teach, and we won’t show every aspect here, but if you want some deep reading, Riley-Kolste Football does an excellent job of breaking down proper stems in-depth.

There are a few key aspects to the clip you see above. First, the DB comes up before bailing, and lines up inside leverage on Washington. His inside leverage determines Washington’s first few steps. He takes three hard steps inside to line himself up with the DB, before making a hard step outside, and releasing inside.

That step succession of inside-outside-inside is what creates the distance, and although he doesn’t receive the ball, Washington repeatedly displays an high level of competence when it comes to the technical aspects of route stems.

On the route below, you’ll see another example of great synthesis of concepts. Washington foot fires before gaining inside leverage, hand fighting, and stacking his receiver. The first five steps of his route are truly stunning from a technical viewpoint.

It’d be desirable to see him break the top of the route off a little harder, maybe with a pressure step outside, but either way he’s got Motley dead to rights. It’s an excellent example of how to run the first 5-7 steps of any inside-release route.

If you’re familiar with receiver play at all, you probably know that stacking the defensive back is priority number one after beating him on the stem. Washington had an absolutely uncanny ability to stack defenders, and it put him in a position to dominate defenses and catch that beautiful long ball we all loved watching.

But if you aren’t familiar, the basic concept is this: quarterbacks throw the ball down the field. You want to be in front of the DB, and block his path to the ball. That’s why, in the clip below, you’ll see Washington altering his path to step in front of DB’s, while turning his head to look for the ball. Stacking is taught from the lowest levels of receiving, and Washington truly mastered it.

Here you see him make a truly expert move: as he reads the trajectory of the ball, he slows down in the path of the DB. If he doesn’t slow down and block Parnell Motley’s path to the ball, that’s an interception instead of a 40-yard completion. It’s an underrated skill, but one that Washington used to dominate defensive backfields.

Another often overlooked quality of great receivers is the ability to create separation by hand fighting. It’s well known that defensive players, as a rule, are allowed to hold to a greater extent than those on offense. Defensive backs will often use subtle grabs or pulls to keep a receiver from creating distance.

One of the many ways to combat these moves is to utilize the swim/rip combo of moves. When you hear these terms, it often refers to a defensive lineman trying to create separation at the line of scrimmage, although the concepts are not dissimilar for receivers.

Often, officials will call offensive pass interference for pushing off with your hands. However, savvy receiving coaches (like Coach Dunn) know that using your upper arm and elbow can create separation without drawing a penalty. In the clip below, Washington uses the swim move first, then as the DB grabs at his arms and torso, Washington will use his elbows in a pseudo-rip move, before high-pointing the ball. It’s truly textbook.

What’s so interesting about Washington’s hand fighting is that upon first inspection, it looks wildly similar to his running motion, almost as if he’s simply running, and the defensive back just happens to be in his way. It’s how natural and simple he’s able to do something that’s actually quite complex. Tracking the ball, running forward, and hand-fighting before a reception is more than I do all day. The great ones make it look easy, right?

Every team in FBS and the NFL needs a guy that they can simply throw it to an let him make a play. I personally think of guys like Dez Bryant, Julio Jones, Mike Evans, Calvin Ridley, and James Washington. Remember Johnny Manziel? He was athletic, certainly, but his ability to simply lob a ball up with the faith that Evans could come down with it was truly incredible.

Washington may not be that player for the Steelers — they already have an NFL great in Antonio Brown — but he certainly played that role for OSU, and will hopefully show flashes of it at the next level.

This isn’t something that I need to define for you. There’s nothing better than this—guys bein’ dudes. Enjoy a couple clips of just that—JW bein’ a dude.

Don’t let that one-handed snatch distract you from the fact that Kansas beat Texas.

Washington is, and will be, a legend in is, and will Oklahoma State Football. With over 4,400 receiving yards, he is the Cowboys record holder for career yards. The #Rudolph2Washington legacy is ingrained in the history books. But he wasn’t just an athlete that made plays. He was a master at his craft, technically sound, and a joy to watch.

Special thanks to Draft Breakdown, Harris Highlights, and Rocket Mixes for their video.