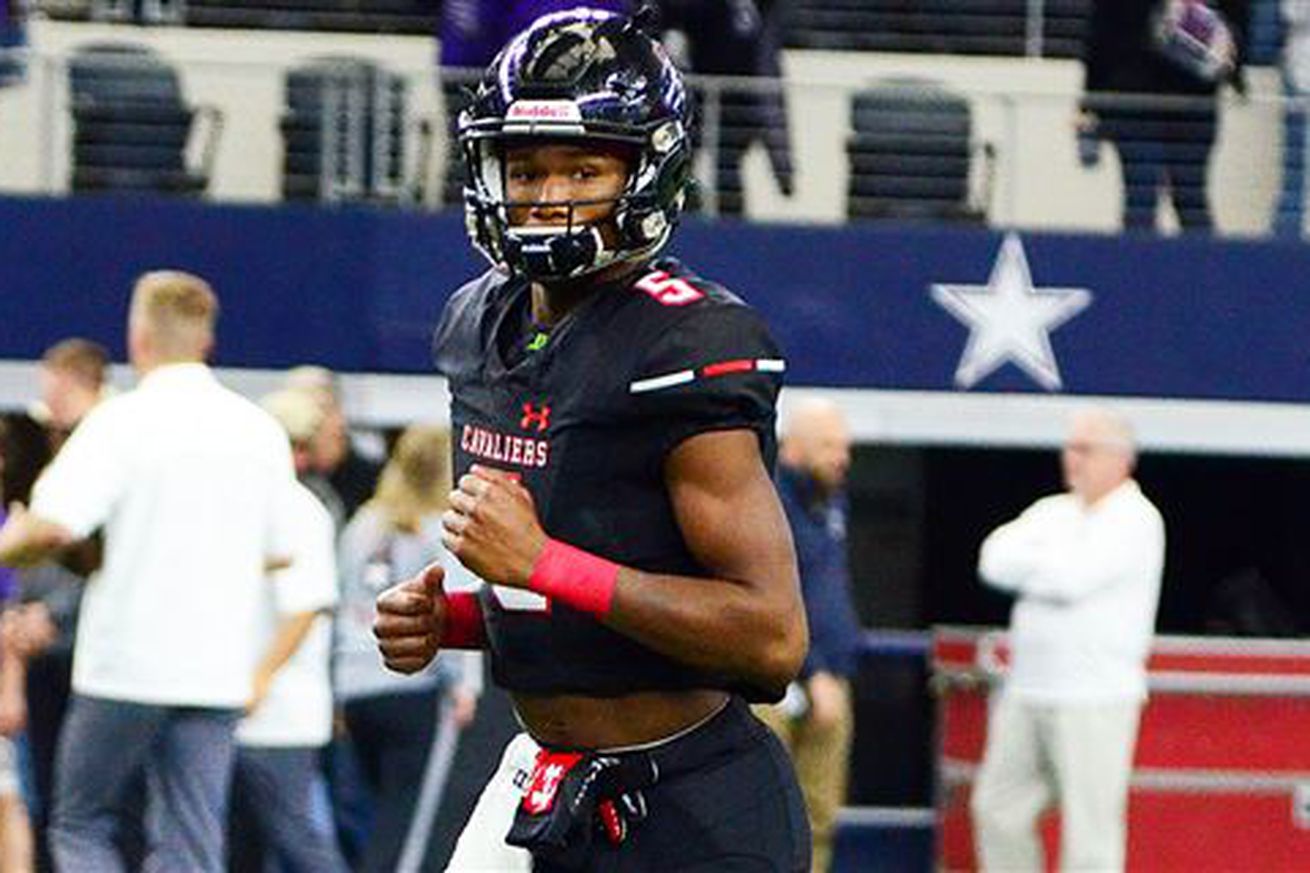 The Longhorns can spark some recruiting momentum of their own this weekend with some of Texas’ top targets flocking to Austin.

A tremendous amount of talent is set to flock to the Forty Acres this weekend for the Texas Longhorns Orange-White spring game.

What was initially planned to be a minor recruiting weekend with few names on hand, as Tom Herman previously said he’d prefer to reserve visits for the other three weekends in April when the staff can placed heightened emphasis on the recruits, recent spring game momentum stemming from Norman and College Station has since altered those plans a bit. Now hoping to reap some of the same rewards, as Oklahoma and Texas A&M each earned significant pledges after hosting junior day visitors en masse — the Sooners have since seen eight public pledges roll in — Texas will welcome several of its top targets in the coming days.

Among the most notable names on this list is elite Lake Travis wide receiver Garrett Wilson. The local product officially visited Ohio State last weekend and the Buckeyes have since taken the slight edge in his recruitment. However, Wilson is providing Texas will every opportunity to take control, but do to so, the Longhorns will have to produce on the field. One of the nation’s premier pass-catching prospects, Wilson wants to see the Longhorns offense take notable strides in the right direction.

If Herb Hand could construct his ideal offensive line haul this cycle, it would look a lot like the unit pictured above. Each have previously visited Austin and it wouldn’t be a surprise if a pledge came from a prospect Johnson.

Tre Watson is another notable name set to tour the Forty Acres. A graduate transfer running back from Cal, Watson rushed for 709 yards and four touchdowns in 2016 prior to missing most of last season with an injury. Given that Daniel Young and Toneil Carter are yet to take control of the position, Watson could become a welcomed edition to a largely inexperienced backfield.

Texas commits Jordan Whittington, De’Gabriel Floyd and Roschon Johnson will each be on campus helping the ‘Horns recruit.

Zachary Evans and Darius Snow are each ranked as the nation’s No. 1 prospect at their respective positions. The Longhorns appear to be the team to beat for Evans early on, and being able to earn a visit from elite Oklahoma running back commit Jase McClellan is notable, as well.

TCU Baseball starts strong, hangs on, for 11-7 win over UTA

No. 7/7 Women’s Basketball uses second-half run to down Kansas, 79-62 – University of Texas