Texas coach Tom Herman wants to instill toughness in his linebacker unit. The best way to do that is have an SEC coach show the Longhorns how to do it.

UT announced the hiring of new linebackers coach Coleman Hutzler on Tuesday. Hutzler will have the title of co-defensive coordinator along with Chris Ash, according to the school.

“When we had a chance to sit down and talk with him, he certainly lived up to everything we had heard,” Herman said in a statement. “He has a wealth of knowledge and experience, is high energy and has accomplished a great deal while spending much of his career coaching in big-time environments in the SEC.

Herman said that Hutzler will get on board quickly and get “out on the road recruiting for us.”

“He’ll do a terrific job developing our linebackers and helping us grow on defense,” Herman said.

Hutzler worked at Florida, New Mexico and then back to the Gators before joining the Gamecocks.

“I’ve recruited in the state of Texas before both at Boston College and New Mexico, but I’m excited to get to the city of Austin,” Hutzler said in a statement. “I’ve only been through as a visitor, but I’ve heard nothing but great things from a lot of different people, and I’m excited to get our family there and moved in and get started.”

By hiring Hutzler, it’s believed Herman is down to two openings on his coaching staff. He still must hire a tight ends coach, and sources have said UT will hire another defensive line coach alongside Oscar Giles. 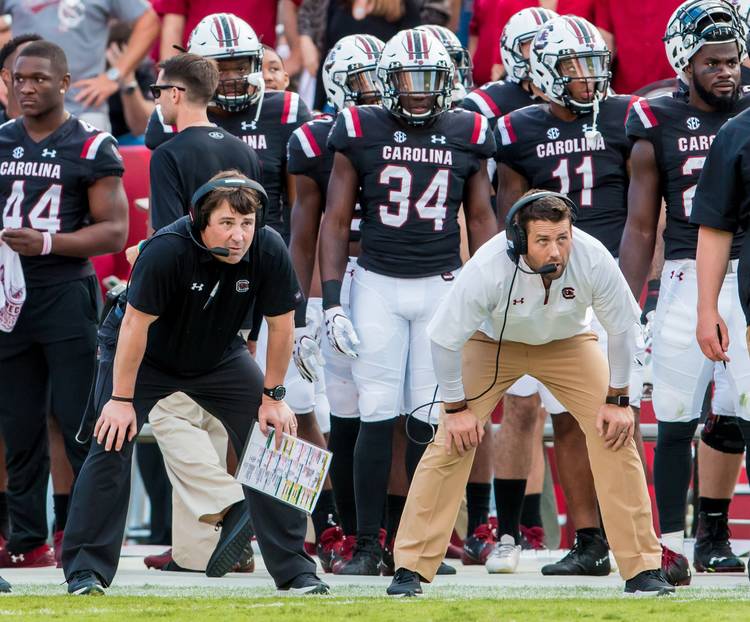