In what has seemingly become an annual tradition, Texas will carry a lofty ranking into the volleyball season.

The AVCA released its preseason poll on Tuesday and Texas has been designated as the nation’s fourth-ranked team. This marks the seventh straight season that Texas has earned a top-five spot in the AVCA’s preseason poll.

Stanford, the NCAA’s defending champion and UT’s opponent on Sept. 8, topped the AVCA’s preseason poll. Texas will also play five matches against No. 3 Minnesota, No. 9 BYU, No. 14 USC and No. 20 Baylor this season.

Coming in at No. 4 in the @AVCAVolleyball Preseason Coaches Poll. #PointTexas

Texas ended this past season with a 23-5 record and a No. 5 ranking in the AVCA’s year-ending poll. Three-time All-American Micaya White is among the eight returnees who appeared in at least 26 of UT’s 2018 matches. Skylar Fields, the Big 12’s preseason co-freshman of the year, and classmate Molly Phillips have also joined the team.

UT is set to open its season with a home match against Northern Iowa on Aug. 30. The team’s Orange-White Scrimmage is scheduled for this Saturday. 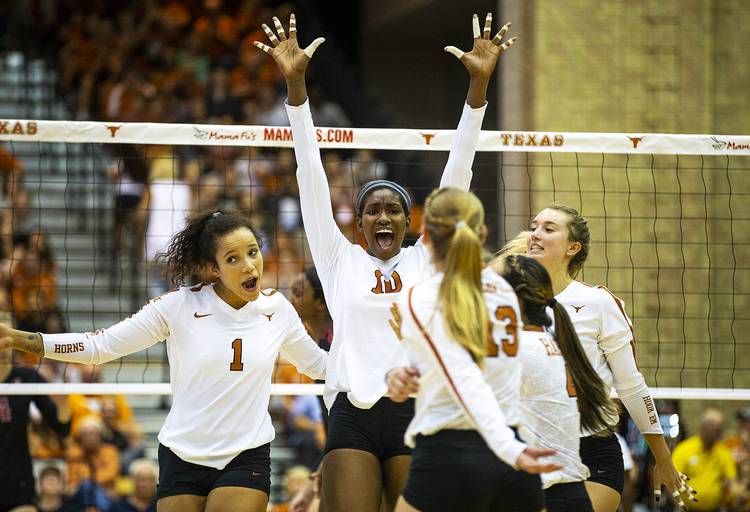 Texas’ stretch run must lean heavily on the inside play of Jaxson Hayes, Dylan Osetkowski