Texas and Baylor each placed a conference-high three players on the preseason team, which was revealed on Monday afternoon. Butler, Eggleston and Fields were all unanimous appointees.

Congrats to all 13 honorees on the All-Big 12 Volleyball Preseason Team! pic.twitter.com/nNnZqIVCFi

A 6-2 outside hitter, Eggleston was an AVCA All-American in 2019 who contributed 3.54 kills per set and served up 52 aces. Butler hit .439 and averaged a team-high 1.64 blocks per set from her middle blocker position. Fields, an opposite hitter, was the Big 12’s freshman of the year in 2019.

On Monday, Baylor star Yossiana Pressley was named the Big 12’s preseason player of the year. The coaches from the Big 12 also predicted that Kansas middle blocker Caroline Crawford would be the conference’s top freshman. This marks the first time since 2005 that a Longhorn wasn’t picked for one of those preseason awards.

The Big 12 will release its preseason poll on Tuesday. Texas has entered the past nine season as the conference’s presumed champion. 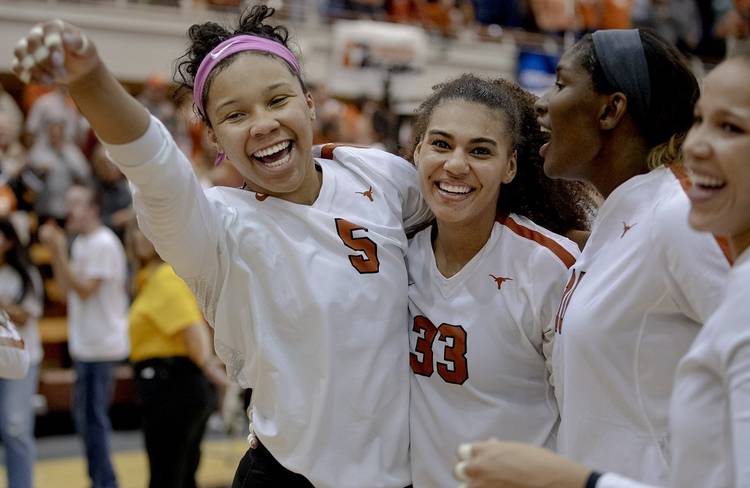 WATCH: Tom Herman urges Texans to ‘do your part to slow the spread of COVID-19’ in new PSA