Texas found its quarterback in the 2021 class early when four-star Katy Tompkins dual-threat Jalen Milroe picked Texas this summer. He instantly become a force on the recruiting trail, helping Texas add multiple prospects in his area. Milroe led Tompkins to its first ever playoff appearance as a sophomore.

His team is 5-1 this season and heading toward another playoff berth. Milroe possesses high hopes for himself and Texas:

At what age did you fall in love with football?

I fell in love with football when I played my first youth football game. I felt that playing football was a great source to provide for my family on my own and a sport I would love to play for the rest of my life.

What made Texas your pick?

The coaches truly made me feel like they cared about my future, not just about playing football. I really felt that they were being genuine. Also everything the University of Texas has to offer after football outweighed the other schools.

What is the most difficult part of the recruiting process?

The hardest part is picking a school and making the right decision with a lot of people talking to you and getting in your head through the process.

What’s your future role at Texas?

I think I have a bright future at Texas, and with everything that coach Herman is building, I believe as a Texas quarterback I will be part of a national championship team.

What excites you the most about college?

Being able to chase my dreams.

What is the hardest part of the recruiting process?

The hardest part is shuffling through all the noise and finding the right fit. All the schools say great things, so finding where it feels like home is key.

What word would you use to describe Tom Herman?

What artist would you most like to see live?

Any of the “Friday” movies.

Favorite athlete of all time?

Favorite sport to watch other than football? 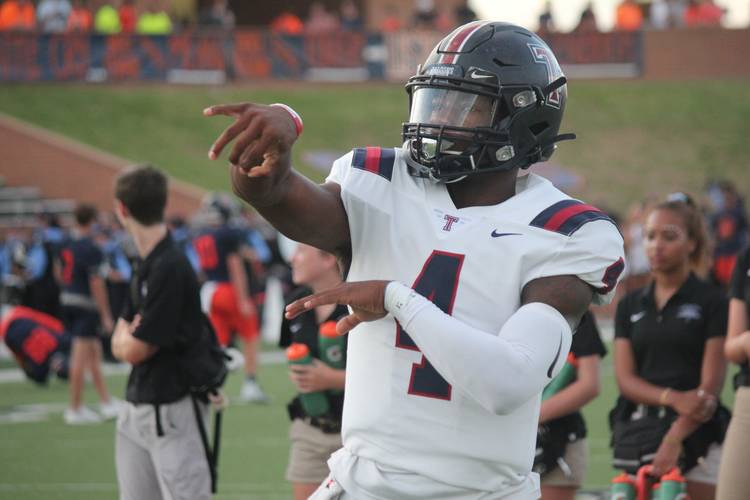