Over the past few months, I’ve seen nearly every Texas commitment in the 2020 class as well as a handful of 2021 pledges and younger targets. In October, I took trips to the Dallas-Fort Worth and Houston areas to watch future Longhorns play in real game action. Here’s how they looked:

I wasn’t sure what to think of Karic when he committed. Clearly, assistant coach Herb Hand forgets more football each season than any of us recruiting nerds know, but Karic was a relative unknown and is considered a project because of his lack of bulk. The former defensive lineman is now up to 270 pounds and looked dominant against an overmatched Fossil Ridge squad. He showed a mean streak missing from Texas’ current line. I was impressed and now consider him a borderline candidate for the final Fabulous 55 of the 2020 cycle.

This was my first time watching Majors in a game despite seeing him multiple times at practices and elite camps like The Opening Final. The longtime Texas commit plays left tackle, but is expected to move inside to guard or center once he arrives in Austin. He’s another prospect who plays with a mean streak. He truly loves bullying defensive linemen and linebackers through the whistle. He  looked great in a game setting. His footwork was clearly improved over the offseason.

Thompson is a thumper. The Lufkin secondary wasn’t threatened with a passing attack against Caney Creek, so Thompson became as much a linebacker as a safety when I watched him for the first time. He was impressive and is as physical as any safety recruit Texas has recruited under Tom Herman. Thompson flies downhill, returned punts and even helped as the holder on kicks. It’s hard to imagine him not contributing on special teams as a freshman. He seems like the perfect fit for a kickoff team.

Jackson only played the first quarter in the 49-0 win over Molina to close out the regular season at 10-0. He has played in the second half just three times all season due to the dominance of the state’s top-ranked team in Class 6A Division I. Jackson led five scoring drives in one quarter of action, though he wasn’t needed to do much but hand the ball off and spread it outside on quick passes. The full focus of the Duncanville team is winning a state championship. Jackson said he’s solid to Texas and plans to play quarterback. He won’t enroll until the summer.

Ewers is only a sophomore. He’s one of just two sophomore quarterbacks to hold a UT offer, and just one of 16 players in the entire cycle to possess one. It was easy to see why Ewers is already sought after by programs like Texas and Alabama. He’s a big-bodied young man with athleticism. He’s a potential five-star talent and the clear top-option at quarterback for Texas in 2022. Texas already has its 2021 quarterback in Katy Tompkins junior Jalen Milroe. 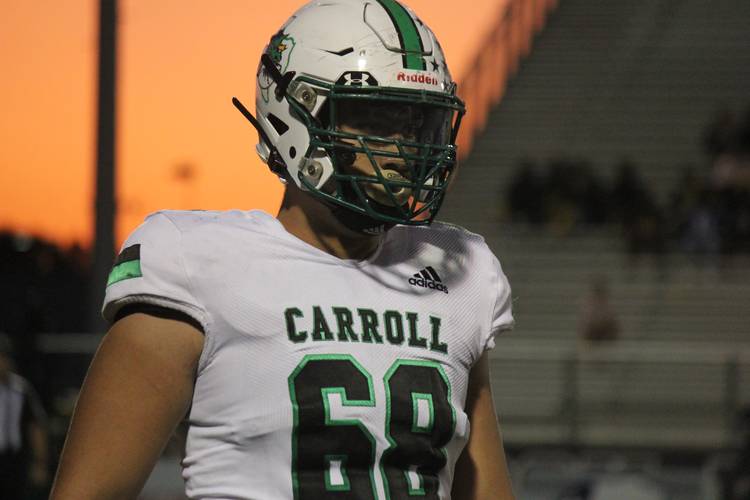 No. 3 Baylor volleyball looks to build momentum vs Tech

Men’s preview: Texas at No. 23 Purdue