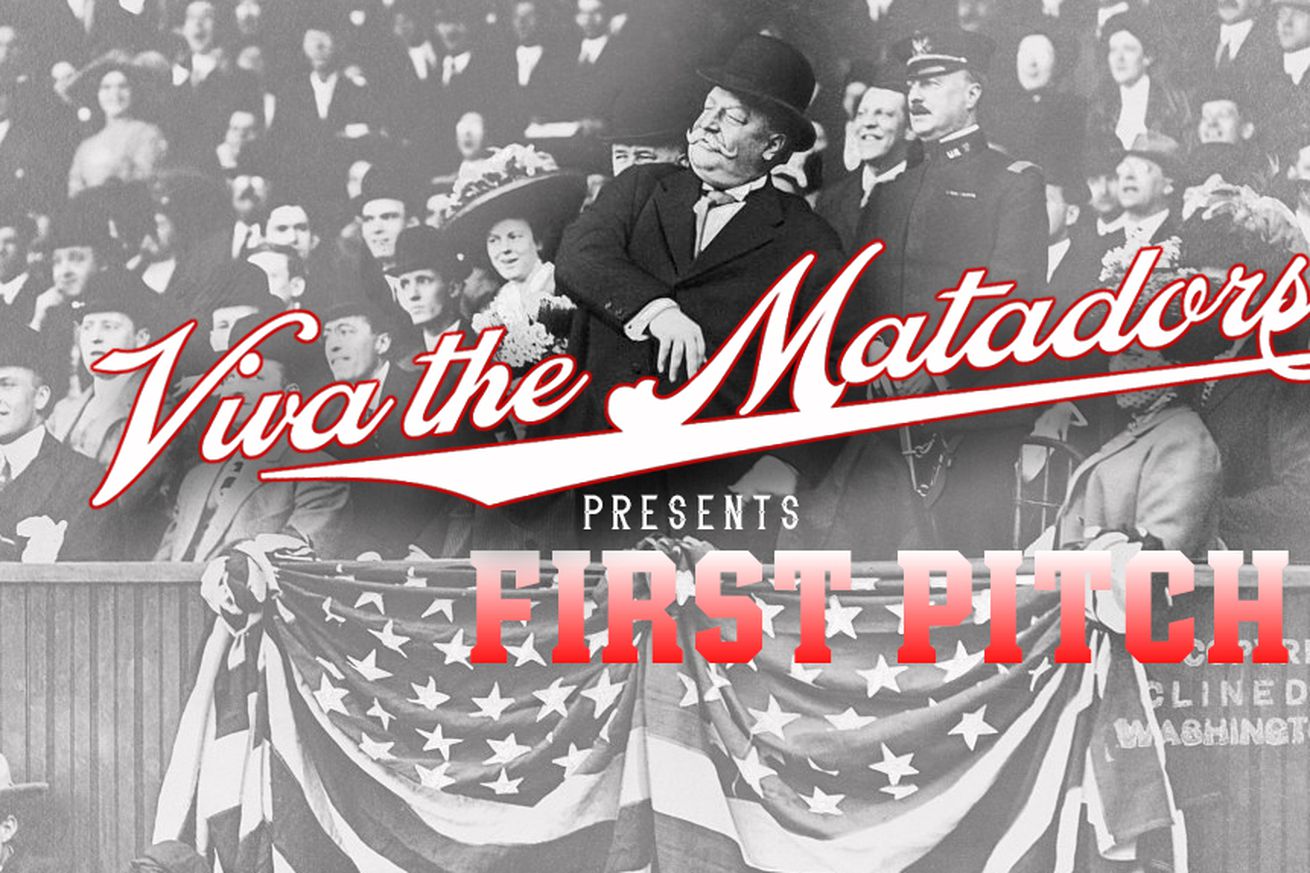 This week, we look into the sweep over Kansas State and the win over New Mexico.

Hello, and welcome to another edition of First Pitch! In this installment, I will be looking into the last four games for the Red Raiders and talk about some of the things I saw. I feel good things are on the horizon for this team, something I wasn’t as sure about one week ago. Without further ado, let’s dive in!

76 runs. Amazing for a four-game stretch, this Red Raider team hit in 76 runs in the last week an incredible stat that will probably not be outdone by this team. This team has now climbed into the top of the NCAA in most offensive categories. They are 4th in batting average, 3rd in hits, 6th in home runs, 2nd in on-base percentage (OBP), and 3rd in scoring at nine runs per game. This type of production is what was expected by many people including myself leading up to the season, and hopefully it will continue as Tech goes into the toughest stretch of its schedule.

This offense has been led by Grant Little and Josh Jung all season. They both put up amazing performances over the past week. Little had 9 RBI in Friday’s win against Kansas State and was awarded VTM’s Hitter of the Week. Little had 13 RBI total for the weekend, more than some players get all season. Josh Jung followed up Little’s weekend performance with a Tuesday performance like no other. Jung went 5 of 5 with 8 RBI. Oh, and he hit for the cycle and also got an extra home-run. Jung had a day to remember, one that had only happened five other times in team history.

While Kansas State isn’t a good team, sweeping them was significant to me for a couple of reasons. First, we hadn’t swept anyone in the Big 12 up to that point. It had been a huge deal to me that we couldn’t win a 1-0 game against West Virginia at home and couldn’t finish such a great start to the series at Kansas and ended up getting blown out in the final game. These shortcomings ultimately put fire into the team I imagine, as there was no doubt who would win any of the three games this past weekend as Tech dominated from the first pitch. My second reason mostly piggybacks off of my first reason. We need to be able to sweep bad teams. We did it all through non-conference play with sweeps against Maine, UTSA, South Alabama, and Northeastern. If we can continue to sweep the bad teams in this conference, we’ll have a better shot at winning the Big 12 title.

Most of the pitching staff is set. That is something I realized last week as I mentioned the three main starters on this team. I do not believe that rotation will change unless an injury occurs. What I do want to talk about is the bullpen and some new roles there. Let’s start with Ryan Shetter. Shetter started out the season as the weekday starter. He did make a relief appearance in the first game of the season against Maine but didn’t perform too well and I believe that is why Coach Tadlock put him back in the starting role where he was last year. Shetter has now settled into a long setup role. What I mean by that is that Shetter will come into the ballgame and pitch the 6th, 7th and sometimes 8th inning if it calls for it. His main role is to keep the lead manageable for the closer behind him to come in and finish the game. I think Ty Harpeneau has become the closer for this team. He only has two saves on the season, but I believe that he will get the nod if the team needs a save now that Ryan Shetter can hold down three innings. Harpeneau is experienced and I think fits beautifully in the closer role.

That is all I have for you today! What do you think of this Red Raider offense? Do you think they can continue this hot offensive streak and how do you think the team will fare against a good Oklahoma team this weekend? Let us know in the comment section below!

Texas Tech draws its sword for the throne