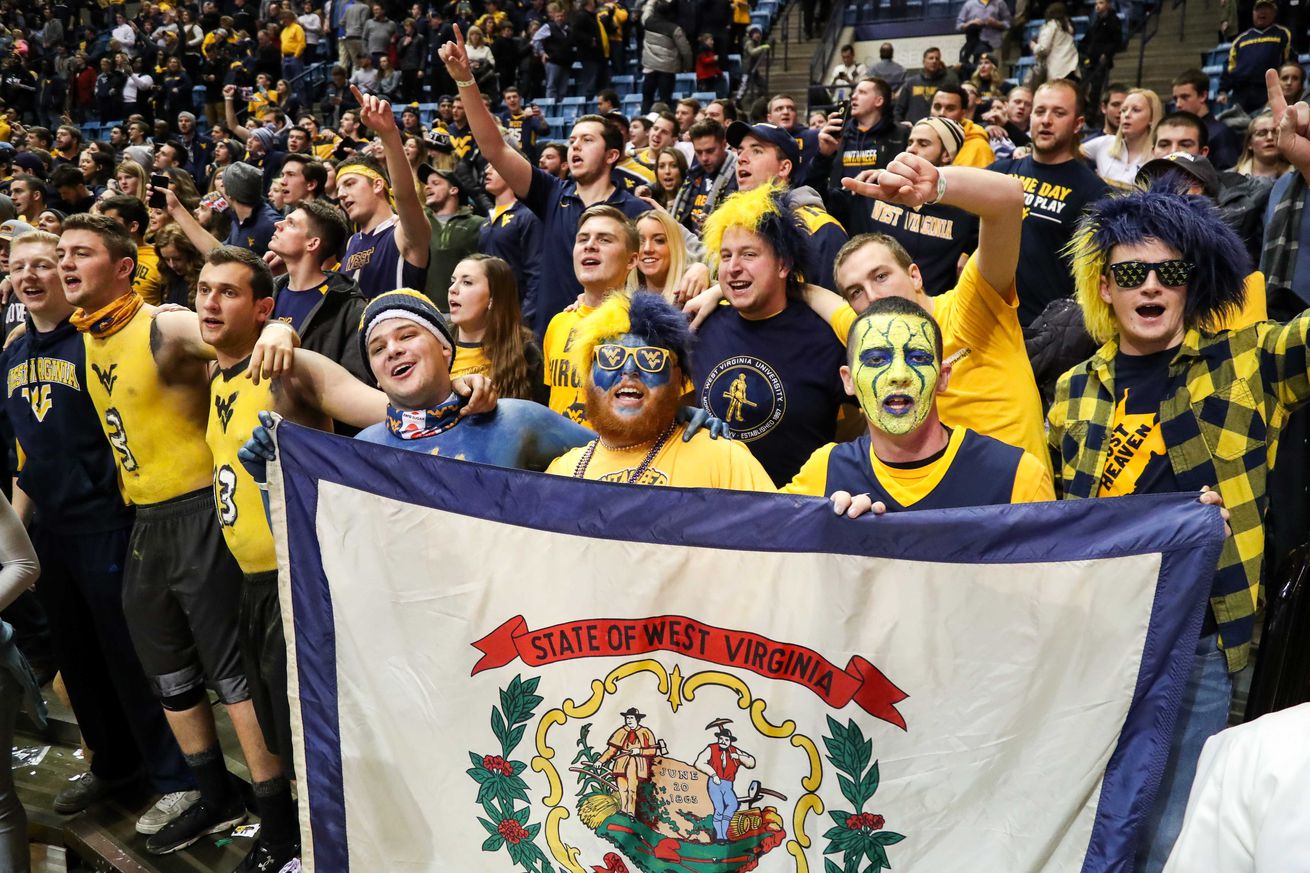 Following a wild weekend, the Mountaineers have a case for best in the land.

The waning seconds have just ended as unranked Ohio State Buckeyes polished off a dominating win over #1 Michigan State Spartans, 80-64. This upset followed N.C. State Wolfpack upset over #2 Duke Blue Devils 96-85 and Providence’s 81-72 win over #5 Xavier. Also included in the week’s upset alerts was the Colorado Buffaloes upset of #4 Arizona State Sun Devils 90-81. The one common thread in all of this: every team was ahead of the West Virginia Mountaineers in the AP rankings this past week.

Saturday night, the Mountaineers took care of business against #7 Oklahoma Sooners and freshman sensation Trae Young. Young, who entered the game on Saturday leading the nation in both scoring and assists per game, got his 29 points. He also contributed four boards and five assists, though those five assists are a season-low for the freshman. Young also had one of his worst shooting games of the season, hitting 8-of-22 shots from the floor. The other thing the Mountaineers did on Saturday was win, on a day when everyone else was losing.

When the AP rankings come out and the question on my mind is: Will West Virginia be #1? The Mountaineers now have two wins over current top-10 teams. The Virginia Cavaliers, who were #15 at the time, have not lost since that trip to Morgantown and currently sit at #8 in the polls. The Mountaineers also have the nation’s longest winning streak at 14 straight games. West Virginia is undefeated in North America and the four timezones that encompass the United States.

The one team in their way is the Villanova Wildcats. The Wildcats are currently #3 in the RPI rankings and have a big win over then #12 Gonzaga (currently 19th) 88-72. But the Wildcats also lost to Butler and allowed the Bulldogs to score 101 points and to shoot 68% (15-22) from behind the 3-point line. WOOF indeed.

Comparing the two schools you can easily make a case that West Virginia is playing like a #1 team in the country. Despite the best player on the team, Jevon Carter struggling through a wrist injury, the Mountaineers have continued to play impeccable defense. Carter, who only scored three points against the Kansas State Wildcats, was able to get into Young’s head early on Saturday and control the matchup, despite the presence of John Higgins. Carter drew four fouls and sat out much of the second half, yet the Mountaineers pulled away from the Sooners.

ESPN recently released a list of holes on every championship caliber team that needs to be answered. Some teams, like Duke and Arizona State had questions that often aren’t answered in season. The Mountaineers questions was simply, how would Esa Ahmad fit back in? To me, if that is all you can question about this team, then pencil us in right now. I have little doubt between Jevon Carter, Daxter Miles and Bob Huggins that Esa will slide in without being a problem. He only adds to what is building in Morgantown.

So AP voters, will you do what you should and make West Virginia #1?

Jevon Carter Is a ‘Gamer’, Someone ‘I Can Rely On’ Says Phoenix Suns Head Coach

1988 Football Team to be Honored at Home Opener