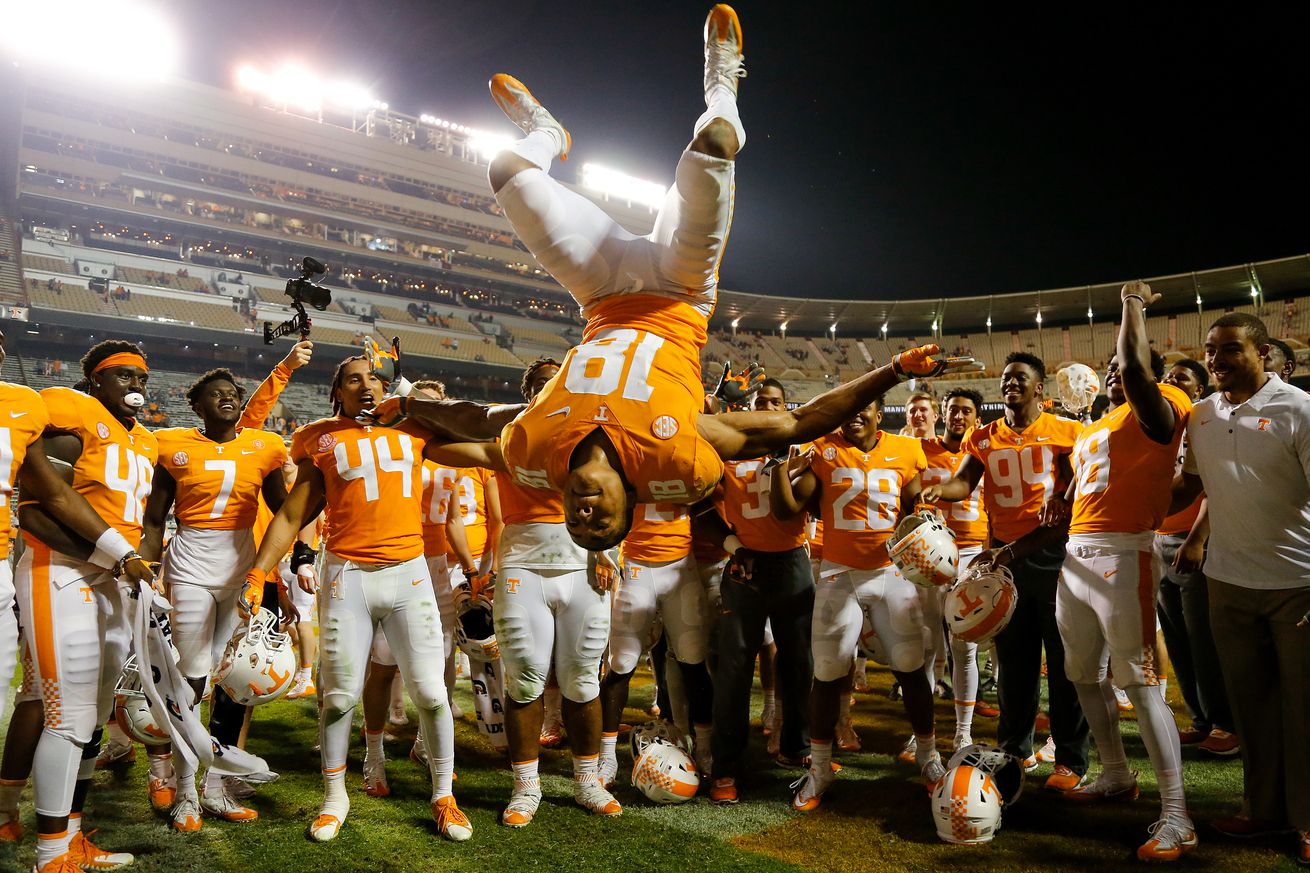 Get your wings, beer and muskets ready folks, cuz now we know when kickoff is!

It’s that time folks. You can already smell the charcoal grills firing up and wings, hot dogs, burgers, barbeque, pepperoni rolls and all those sides that indicate another West Virginia Mountaineers football game. This time that game will be the 2018 season opener against the Tennessee Volunteers in Bank of America Stadium in Charlotte, North Carolina.

The game will kick off at 3:30 PM on Saturday, September 1. Based on the graphic, the game will be televised by CBS Sports. The Volunteers fired former head coach Butch Jones after four tumultuous years that saw his team stumble to a 4-9 season last year and the dubious honor of having lost the last game they played against EVERY SEC opponent.

The Volunteers are 0-6 against SEC opponents this year, lost to Vanderbilt and Texas A&M when they played last year and lost to each SEC West team the last time the Volunteers played them: Arkansas in 2015, Ole Miss in 2014, Auburn in 2013, Mississippi State in 2012 and LSU in 2011.

To replace Jones, the Volunteers eventually, after the weirdest coaching search in recent memory, landed Jeremy Pruitt. Pruitt was the former defensive coordinator for Nick Saban and the Alabama Crimson Tide where he won two national championships.

Only 95 more days until kickoff!

Martin Anxious To Make Long-Awaited Return To The Court

West Virginia Thread Alert: Put Up or Shut Up Uniforms