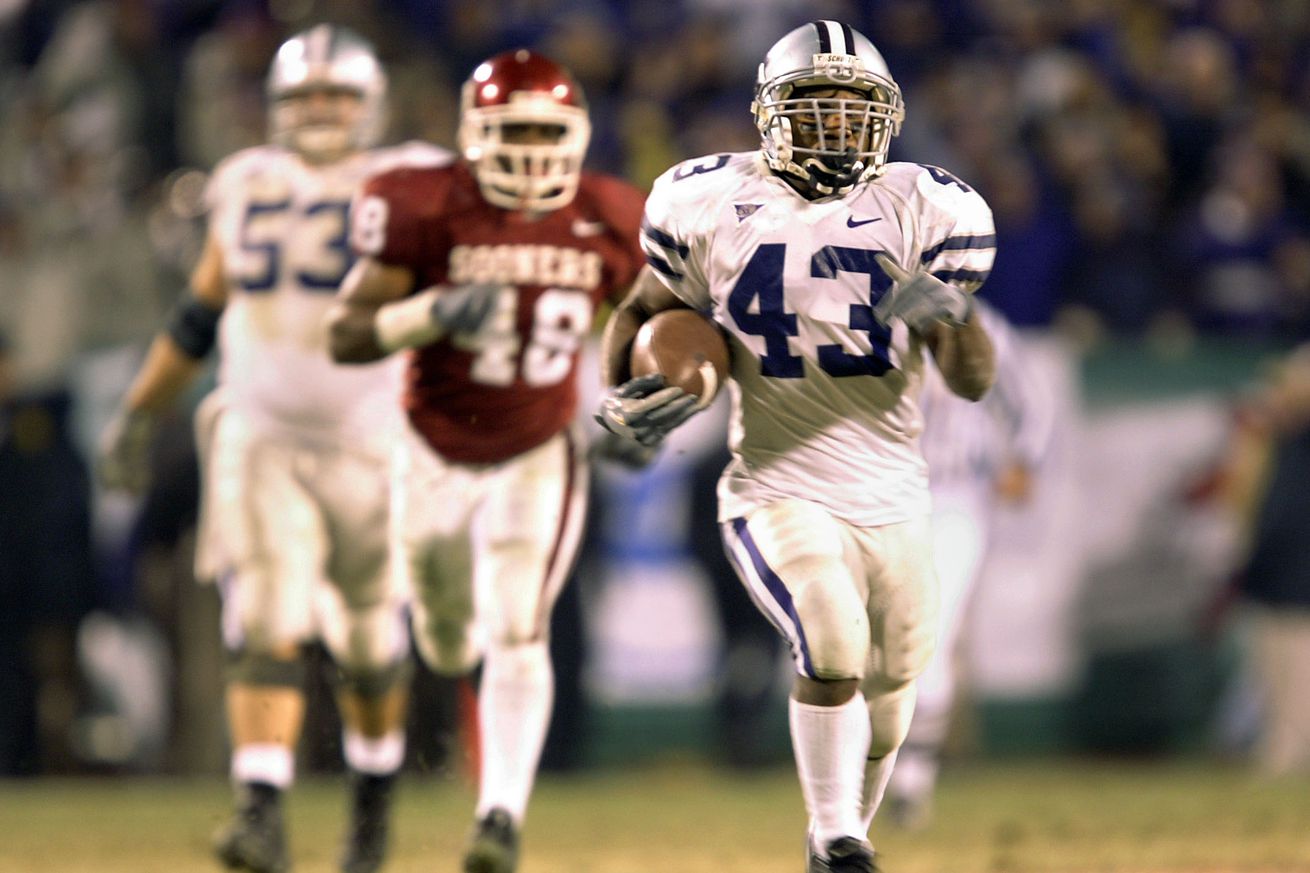 In which BracketCat counts down the 43rd day until the 2018 kickoff with a profile of defensive tackle Derick Newton.

Derick James Newton (b. Oct. 20, 1999) is a promising young defensive tackle prospect out of Coffee High School in Georgia.

He is the latest product of the Georgia recruiting pipeline recently established by new offensive coordinator Andre Coleman, picking K-State over offers from Georgia Southern, Georgia State and Virginia, as well as interest from Georgia Tech and Western Kentucky.

Newton, who is likely to redshirt in order to put on more weight, played for the Trojans under head coach Robby Pruitt.

He was named a first-team all-state performer as both a junior and senior by the Georgia Sportswriters Association, while he was a first-team honoree in 2017 and an honorable mention pick as a junior by The Atlanta Journal-Constitution.

Newton also was voted the Georgia High School Association (GHSA) All-Region Class 1-AAAAAA Defensive Player of the Year as a senior after totaling 93 tackles and 11 sacks.

He helped to lead Coffee to a 10-4 record in 2017, which culminated with an appearance in the Georgia Class 6A state championship.

Newton led Georgia Class 6A in 2016 with 23 sacks, while he also recorded 107 tackles and 36 tackles for loss. He also participated in wrestling, finishing third in the state as a junior.

Here’s what Ian Boyd at SportsTreatise had to say about Newton’s high school film:

Newton is actually my favorite player in this entire class. He played defensive end in high school and was laterally quick enough to be a nightmare at setting the edge or playing the option. He also had several plays where he’d squeeze the backside B-gap closed on power runs and then make the tackle when the ball spilled, either by darting back outside or running the play down from behind.

He’s not really athletic enough to bend around the corner in the pass rush, even though he’s otherwise great on the edge, but with his size, physicality and likely projection as a 280+ pound dude, he could be a dynamite 3-technique. This guy is a really fundamentally sound football player with legit athleticism and upside.

Source: Bring on the Cats

Media Days are so stupid